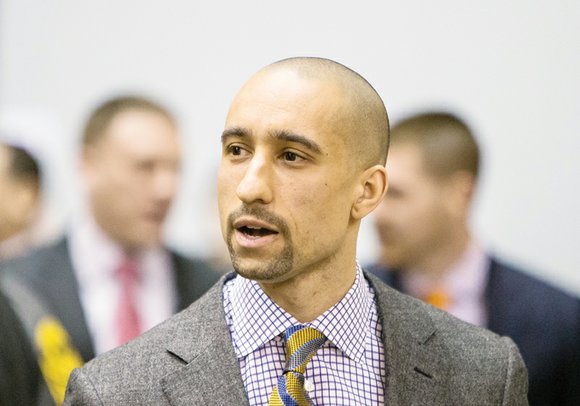 Coach Smart’s first season in Austin was highlighted by a nationally televised 84-82 win over the University of North Carolina on Dec. 12.

Coach Smith was an assistant coach at VCU under Coach J.D. Barnett from 1979 to 1986 and helped the Rams to their first five NCAA appearances.

In 1998, Coach Smith guided the University of Kentucky to the NCAA title.

Counting stops at Tulsa, Georgia, Kentucky, Minnesota and now Texas Tech, Coach Smith began this week with a 549-264 record, including 11-1 this season.

John Chaney amassed 741 victories from 1972 to 2006 at Cheyney State and Temple universities in Pennsylvania.

Just counting Division I games, John Thompson is the African-American leader with 596 wins at Georgetown University from 1972 to 1999.

The hot new face, Coach Smart, and the wily veteran, Coach Smith, will have a coaching rematch Feb. 6 in Austin.