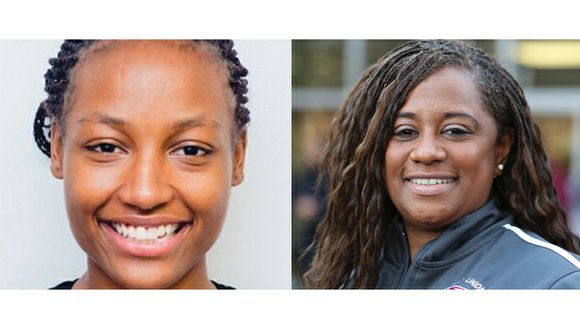 You can make a powerful case for Virginia Union University’s Kiana Johnson being the best basketball player in the NCAA Division II.

As the 64-team Division II version of March Madness commences, VUU will try to prove that not only does it have the top player, but it has the top team player as well.

VUU opens at 5 p.m. Friday, March 11, against Indiana University of Pennsylvania (21-8) from the Pennsylvania Athletic Conference.

A 5-foot-9 senior dynamo, Johnson has been scintillating in her single VUU season since transferring from Michigan State University, where she was a three-year starter.

The Chicago native leads the NCAA Division II in scoring (28.6 average), is second in assists (8.9), third in steals (4.19) and has a motor that never idles, much less stops. She rarely rests, as her average 38.2 minutes per game indicates.

Despite all that, the “Windy City Wonder” is no one-woman team.

Lady Walker, a 6-foot-2 junior from Cleveland, averages 18.4 points and 13.3 rebounds and would earn top billing on just about any other team in America.

Members of the Virginia Union University Lady Panthers basketball team and their supporters cheer Sunday’s announcement by the NCAA that VUU would host the Division II Women’s Atlantic Region Tournament at the VUU’s Barco-Stevens Hall March 11 through 14.

The Atlantic Region champ will advance to the Elite Eight March 22-23 in Sioux Falls, S.D.

The NCAA Division II championship game will be Monday, April 4, in Indianapolis.