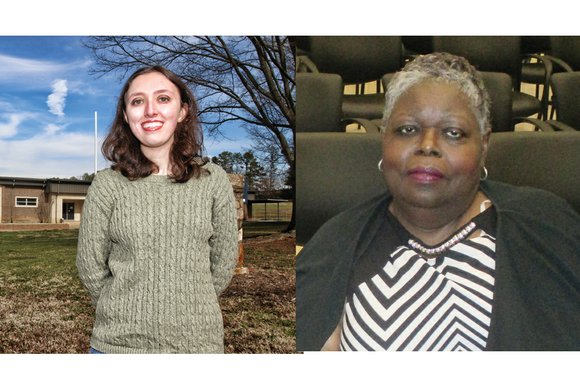 Chaldea Montague, 65, who attended the meeting, said she was pleased with the board’s action. She said Byrd Middle School and adjacent Pemberton Elementary are situated on land that once belonged to her ancestors, the Vandervalls.

She said the property of her great-great-grandfather, Benjamin Dunlop Vandervall, was taken by the county by eminent domain around 1968 and Byrd Middle School was built on the site.

“It’s wonderful and history has been changed again,” Ms. Montague said of the vote to change the middle school’s name. “I’m ecstatic. Words can’t describe how happy this makes me.”

While she didn’t offer any new possible names for the school, Jordan said she would like it “to honor someone who was the exact opposite of (Mr. Byrd), someone who was positive and inclusive to everyone so that all students would feel welcome and could be proud of their school name.”