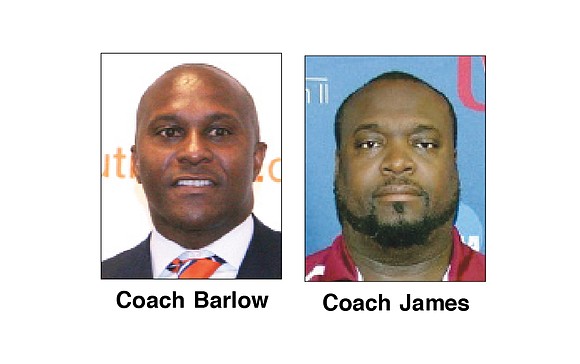 The senior player for the Panthers has been named to the Preseason All-CIAA team at three different positions — wide receiver, punt returner and kickoff returner.

Selections were announced July 10 by the CIAA Football Coaches Association at its annual Kickoff Banquet in Salem.

The other preseason pick from VUU is sophomore defensive back Sterling Hammond.

A native of Miami, Kelly transferred to VUU from Tennessee State University. He shined as a receiver (46 receptions, 792 yards, six touchdowns), kickoff returner (13 for 316 yards) and punt returner (31 for 360 yards, with a touchdown).

Hammond, who is from Essex High School in Tappahannock, had 66 tackles plus an interception a year ago. He was heavily recruited by Division I schools before opting for VUU.

Bowie State junior quarterback Amir Hall figures to be the CIAA’s top individual attraction. Hall passed for 327 yards per game a season ago, with 30 touchdown passes. He also ran for nine touchdowns.

The CIAA Football Coaches Association expects VSU and VUU to be in the thick of it this season.

VSU is picked to finish second and VUU third in the Northern Division, followed by Chowan, Elizabeth City State and Lincoln universities.

The Sept. 9 game featuring Bowie State at Winston-Salem State will be streamed on ESPN3 as part of the NCAA’s 18-game television package to promote Division II football. Kickoff is 4 p.m. at Bowman Gray Stadium in North Carolina.

No other CIAA games are included in the TV package, but the Nov. 4 and Nov. 11 dates are still open.

In a late addition to its schedule, VSU has added a 10th game, but the timing may be awkward.

The Trojans will play host to Shaw University at 7 p.m. Nov. 9 at Rogers Stadium in Ettrick.

The CIAA championship game is set for 1 p.m. Nov. 11 in Salem. Should VSU qualify for the title game, it would play twice within 48 hours at different sites.