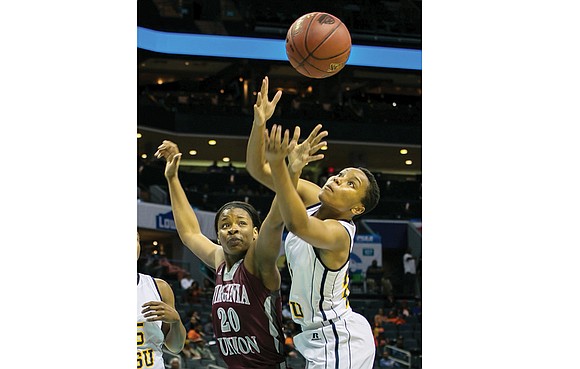 Virginia Union University’s women’s basketball team hit a speed bump but probably not a dead end at the CIAA Tournament in Charlotte, N.C.

The Lady Panthers lost 81-75 in a semifinal game to eventual champion Johnson C. Smith University at the Spectrum Center.

VUU, now 23-4 after starting the season 18-0, was ranked No. 12 nationally in the NCAA Division II and No. 2 in the Atlantic Region behind California University of Pennsylvania last week.

Coach AnnMarie Gilbert’s squad remains a heavy favorite to make the eight-team Atlantic Region field, but its chances of hosting have been reduced.

NCAA selections will be announced Sunday, March 5. The regional tournament is set for March 10, 11 and 13.

After eliminating the Lady Panthers in the CIAA Tournament, hometown favorite Johnson C. Smith then defeated Virginia State University 68-59 in the finals to earn the conference’s automatic NCAA bid. That could set up a possible VUU-Johnson C. Smith rematch on the regional level.