Justices are 3A team to beat despite injury, transfer 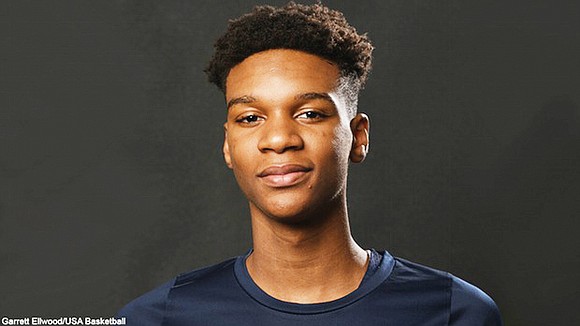 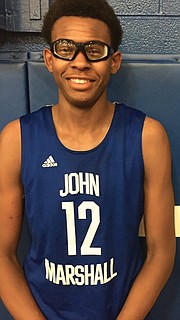 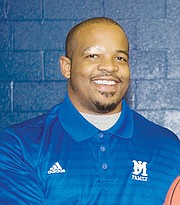 John Marshall High School basketball Coach Ty White seeks no pity, although it would be hard to blame him if he did.

Despite the team’s loss of 6-foot-10 Isaiah Todd, who transferred, and the temporary loss of 6-foot-10 Roosevelt Wheeler to injury, Coach White insists John Marshall is the team to beat in the state 3A division.

“If we don’t win it, we’ll be underachieving,” said the always-confident Coach White.

Some background: Last year’s Justices, 22-6 overall, claimed the 3A crown by winning the last 13 games and 19 of 20. Most victories were blowouts.

Since then Todd, arguably the nation’s top prospect for the Class of 2020, transferred to Trinity Academy in Raleigh, N.C.

Even as a 10th-grader, Wheeler has received scholarship offers from the likes of Virginia Commonwealth University, North Carolina State University, and Oklahoma State and Penn State universities.

This past spring and summer, Wheeler was a dominant performer on the U15 Team Loaded travel squad that went 40-0.

John Marshall High looks forward to Wheeler’s return, but it’s not forfeiting any games in the meantime.

“We have no big man right now, but we’ll be a tough outing for anyone,” Coach White said. “We’re going to be fine.”

For now, Coach White said he has a “five guard lineup” led by fourth-year starters DeMarr McRae and Levar Allen, aka “The DeMarr and Levar Show.”

“They are probably the best, most experienced set of guards in the state,” Coach White said. McRae and Allen are all-round talents who make positive things happen for the Justices all over the floor.

With or without Wheeler, the Justices will take on some premier opponents later this month in two showcase tournaments.

John Marshall High is entered in the Emerald Coast 16 from Dec. 19 through 21 at Northwest Florida State College in Niceville, Fla. After Christmas, John Marshall packs for the Tournament of Champions from Dec. 27 through 29, in Marietta, Ga.

So far so good: McRae, Allen, Seward and Ashlock all scored in double figures in the Justices’ opening victory over Norview High School of Norfolk last Saturday at Meadowbrook High School.