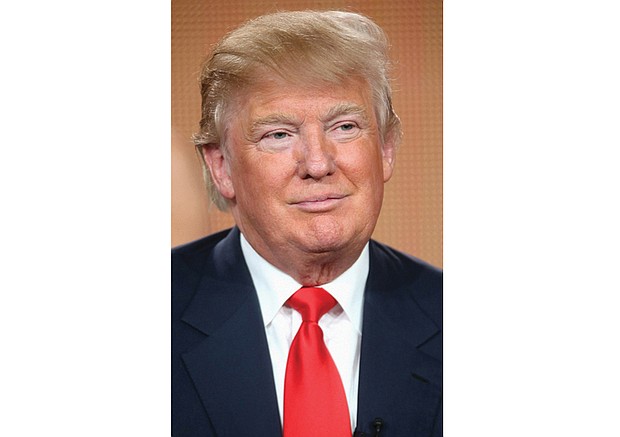 President Trump, who previously was full of praise for FBI Director James Comey, fired him on Tuesday, stunning Washington and the nation.

If President Trump has an Africa policy in the works, he’s keeping the details close to his chest. So far, there is neither an assistant secretary of state for Africa nor an ambassador. The incumbent secretary, Linda Thomas Greenfield, retired on Friday, March 10. Peter Pham, vice president and Africa director of the Atlantic Council in Washington, reportedly is seeking a position.

A defiant President-elect Donald Trump on Wednesday adamantly denied reports that Russia had compromising personal and financial information about him, calling it a “tremendous blot” on the record of the intelligence community if material with any such allegations had been released.

Under scrutiny, Trump announces plans to dissolve his foundation

President-elect Donald Trump said he intends to dissolve his charitable foundation, the Donald J. Trump Foundation, which has been under investigation by the New York attorney general. The president-elect gave no timeline for winding down the foundation, but said in a statement released on Dec. 24 that he wanted “to avoid even the appearance of any conflict with my role as president.”

Virginia’s 13 members of the Electoral College unanimously cast their votes Monday for Hillary Clinton, a show of support for the Democratic candidate on the same day Republican electors in other states officially elected Donald Trump president.

Former CIA director Leon Panetta said Wednesday that President-elect Donald Trump risks being blamed after any potential attack on the United States if he refuses to receive more regular intelligence briefings. U.S. officials told Reuters that Mr. Trump is receiving an average of one presidential intelligence briefing a week — far fewer than most of his recent predecessors. However, officials said Vice President-elect Mike Pence gets briefings around six days a week.