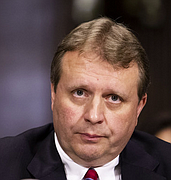 Members of the Virginia House of Delegates can continue to represent unconstitutional districts that the state Supreme Court abolished in December.

U.S. District Court Judge David J. Novak made that certain Monday when he threw out the final effort of three state residents to force elections this November in the new constitutional House districts the state’s highest court put in place before Christmas based on late-arriving results of the 2020 Census.

Among other things, Judge Novak found that he could not order new elections without generating “significant cost, confusion or hardship” in violation of a long-standing U.S. Supreme Court principle involving the authority of federal courts in redistricting cases.

The result: Voters will have their first opportunity to elect the 100 House members from the new districts in November 2023 as the current two-year terms expire.

The three plaintiffs who had represented themselves, Jeffrey Thomas Jr. of Richmond and Michelle Thomas and Phillip Thompson of Loudoun County, expressed disappointment but said there would be no appeal.

“It is too late in the process,” Mr. Thompson stated in response to a Free Press query.

Judge Novak, writing for a three-judge court, had previously knocked out a suit that political strategist Paul Goldman of Richmond had brought prior to the 2021 House elections in an effort to force elections this year in the new constitutional House districts drawn using data from the 10-year national population census.

One reason that the time ran out was Judge Novak’s failure to move quickly on a significant constitutional question – whether House members who won in 2021 should serve one year or two years in unconstitutional districts with huge differences in populations.

Forty years ago, federal courts needed just two weeks to decide elections for the Virginia House could be held in 1981 us- ing unconstitutional districts, but that new

elections would need to be held in 1982 using constitutional districts and again in 1983 to protect the right of citizens to have representatives from districts of roughly equal population.

But Judge Novak refused to speed up the process and allowed the Goldman case to drag on for a year.

In his new 49-page opinion throwing out the latest suit, Judge Novak blamed the plaintiffs and the Attorney General’s Office for the slow pace.

But the evidence of his responsibility can be found in his citation of the 1981 case of Hugh C. Cosner, chairman of the Board of Supervisors of Spotsylvania County, v Gov. John N. Dalton that resulted in House elections three years in a row.

As Judge Novak noted, the Cosner v. Dalton case was decided by a three-judge panel before the 1981 elections were held due to the swift action of his predecessors. The same opportunity existed for him to lead a panel of judges to quickly decide the Goldman case prior to the 2021 House elections, but he chose to delay instead.