Federal judges deny bid for House elections, but a new suit may change that 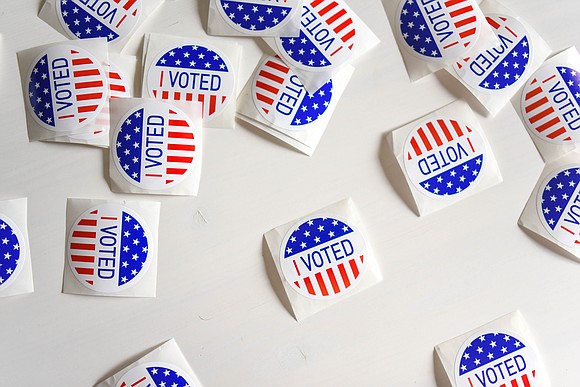 There is still a slim prospect that elections for the Virginia House of Delegates could be held this year.

While a three-judge federal court panel killed one suit trying to force House elections, another suit popped up Wednesday seeking to prevent the 100 current members from serving through 2023 in districts that no longer exist.

On Monday, the panel led by U.S. Judge David J. Novak threw out the voting rights case political strategist Paul Goldman of Richmond brought seeking elections in November in the revamped districts the state Supreme Court installed late last year based on the population changes found in the 2020 Census.

Those revamped and renumbered districts replaced those that the current members were elected to represent. Without court intervention, those new districts would not go into use until elections set for next year. However, the panel left the door open for journalist and author Jeff Thomas to file his own case as he had been blocked from intervening in the Goldman case.

Mr. Thomas, whose books on Virginia politics are considered classics, said Wednesday afternoon that he had taken advantage of the offer and had just filed his suit seeking elections this year in the new House districts, which he called “the right thing to do.”

The panel, though, found that Mr. Goldman could not make his case because he had not been disadvantaged.

Mr. Goldman is a resident of the former 68th House District that includes Richmond’s West End. The panel noted that the 2020 Census found about 85,000 residents living in that district, just shy of the ideal number for a House district of about 86,000 people, given the census’ finding of 8.6 million Virginia residents.

As a result, the panel found Mr. Goldman had no standing or right to sue in ruling for the first time in a state under the jurisdiction of the U.S. 4th Circuit Court of Appeals that only people living in districts with populations exceeding the ideal could bring this kind of voting rights case. Mr. Thomas lives in the former 71st House District, which includes Richmond’s North Side, which the Census found had more than 93,000 residents or 8 percent more than the ideal.

In past decisions, the U.S. Supreme Court has deemed as constitutionally suspect a deviation in legislative district populations greater than 5 percent above the ideal or more than 5 percent below the ideal.

The decision in the Goldman case was a victory for current Republican Attorney General Jason S. Miyares, whose legal team had argued for the viewpoint the panel adopted in rejecting Mr. Goldman as a plaintiff.

Mr. Miyares continued the fight of his predecessor, Mark R. Herring, to block Mr. Goldman’s effort to gain new elections based on the requirements of the state Constitution that elections be held in districts that have been altered based on the Census results.

He said the ruling from the panel “slashes the right to equal representation in the state legislature as required by the one-person, one-vote principle” that the U.S. Supreme Court laid down 58 years ago in the landmark case of Reynolds v. Sims.

That 1964 case essentially requires states to create congressional and legislative districts that are relatively equal in population and also applies that principle to local governmental units.

Mr. Goldman, who filed his suit a year ago, said an appeal would be futile even if he won.

He said state deadlines for holding primaries, printing ballots and starting early voting would likely arrive before any final decision was made, making it nearly impossible to hold House elections in November.

The problem with House election districts arose because House District population results from the 10-year Census came in nearly nine months after the December 2020 deadline, delaying a redrawing of the lines and allowing the old boundaries to be used in the 2021 House elections.

But this time, the state’s legislative and executive branches teamed up to oppose that precedent, while civil rights and voting rights advocacy organizations stayed on the sidelines. None ever sought to join Mr. Goldman’s suit.