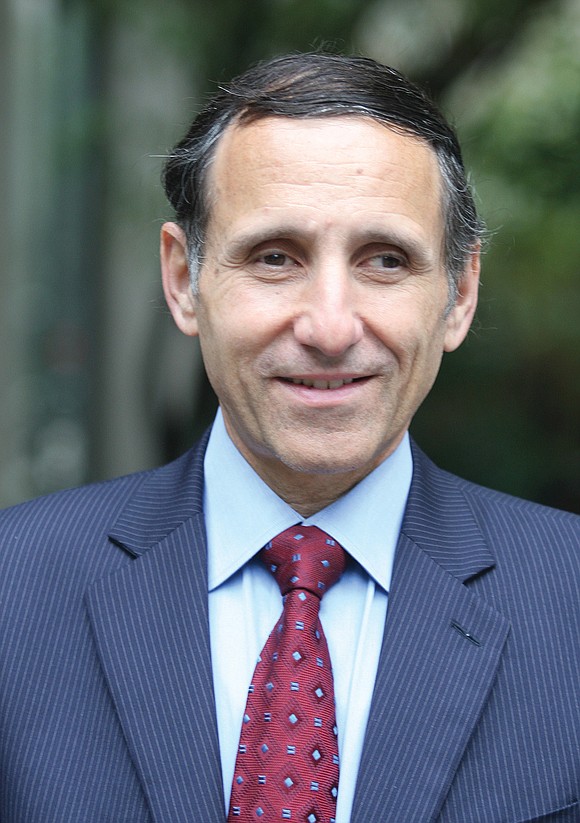 Political strategist Paul Goldman sees a path for Richmond to recover from the stinging political defeat it has suffered at the General Assembly after a bipartisan coalition rejected the state capital city’s plans for a second vote to bring a $565 million casino-resort to South Side.

Known as a talented thinker who spearheaded L. Douglas Wilder’s campaigns for statewide election more than 30 years ago, Mr. Goldman is now calling on the Richmond City Council to put an advisory referendum on the November ballot.

The referendum would seek voter approval to earmark all dollars derived from a future casino, if one is built, to the renovation or replacement of the city’s deteriorating school buildings, he said. The money could amount to $30 million a year.

In the past 25 years, just 11 new schools have been built, and one more is on the drawing board, leaving 32 buildings needing a major overhaul or a replacement building at a time when City Hall is slashing maintenance dollars.

In Mr. Goldman’s view, the way to rebound is “to change the conversation. This not about getting extra money for the city. It’s about finally providing the quality school buildings that Black students in this city deserve and need.”

“Council has authority under the charter,” he said, “to put a question on the ballot asking voters if they support using funding from a casino” to fund school construction.

“I’d do it myself,” said Mr. Goldman, who has led three referendum drives, including one to create an elected mayor, “but it might cost up to $100,000 to collect the 15,000 signatures that would be needed. The time is short to get it done and the quickest and easiest way is for the council to do it.”

A leader in pushing for modernizing schools in Richmond and across the state, Mr. Goldman believes that voter approval of earmarking all casino funds for school construction could force state senators and delegates from Richmond to reconsider their current preference for Petersburg as a casino site.

He came up with this approach after the state legislature approved a new two-year budget that Gov. Glenn A. Youngkin is now reviewing that includes language essentially putting a hold on Richmond’s plan to make a fresh attempt to win voter support.

The legislature approved language in the budget that both seeks to bar the city from holding the second vote and also blocks the casino-regulating Virginia Lottery from for at least a year considering a Richmond casino license if city voters do get a chance to vote, reverse course and approve the proposal that was rejected last November.

The reason: In the wake of Richmond’s defeat of the casino, Senate and House members want a legislative audit group to provide a report on whether Petersburg would work as replacement site.

Mayor Levar M. Stoney has bemoaned passage of the language, while Urban One, the Baltimore-based Black media company that is planning to develop the casino-resort, suggested it might take legal action if the governor does not remove the language.

Mr. Goldman sees a better chance in making the casino the lynchpin of school modernization.

But he has reversed course on the second referendum and now argues that the legislature’s action shows “that the voting rights of Black citizens are now under attack.”

In his view, Richmond’s Democratic state Sens. Jennifer L. McClellan and Joseph D. Morrissey have turned their back on their Black constituents in the city by trying to halt a second casino vote.

Sen. Morrisey has said Petersburg deserves an opportunity to be considered after Richmond voters turned down the casino.

Mr. Goldman, a former law partner of the senator, believes that Sen. Morrissey as well as Sen. McClellan are having to take away the rights of Richmond voters to do that.

When “RVA’s Black community, through their elected representatives, voted to exercise their state law right to put a sec- ond casino referendum on the November ballot,” Mr. Goldman said, those senators focused on “negating the lawful judicial order already putting the referendum on the ballot. This is unprecedented.”