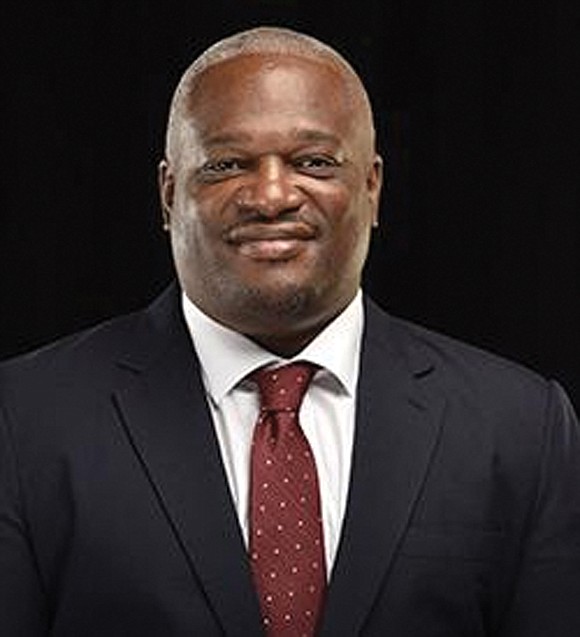 Virginia Union University’s reward for a brilliant football season is the right to put on the Maroon ‘n’ Steel uniforms at least one more time.

Kickoff is set for 1 p.m. at Hovey Stadium/Lanier Field. Tickets went on sale Monday on campus.

The winner will advance to play undefeated SIAC champion Benedict on Nov. 19 in Columbia, S.C. Benedict receives a first round bye as the top seed.

The Northsiders sprint into the post-season with a 9-1 record and some gaudy offensive numbers, most notably 43.9 points per outing.

History lesson: The Panthers are 0-9 in previous NCAA playoffs, under three different coaches, going back to 1979.

The most agonizing defeat was in 1982 at frosty North Dakota State. VUU appeared to have the game in control in the closing minutes when Dwayne Drew returned an interception for a long touchdown.

However, a highly controversial “inadvertent whistle” blew the play dead and VUU went on to lose 21-20.

VUU was a clear underdog in each of the previous NCAA assignments. This time it seems different. The Panthers feel like the favorites and have a resume to support such optimism.

A private southern Baptist school located near Charlotte, Wingate is 9-2 and a dangerous 6-0 in away games.

The South Atlantic Conference affiliate specializes in defense. Wingate has outscored its 11 opponents, 278 points to 120.

There are two common foes. Wingate defeated Fayetteville State and Shaw of the CIAA in the early season. VUU also defeated both HBCU’s.

The spoils: VUU tailback Jada Byers is CIAA Offensive Player of Year. Place kicker Brady Myers is Kicker of the Year. And Dr. Parker is Coach of the Year.

CIAA company: Also named to the Super Region II field is CIAA champion Fayetteville State. The Broncos defeated Chowan, 31-28, for the title before 3,752 fans in Salem and a national aspire TV audience.

Fayetteville is seeded seventh and will play at No. 2 seed Delta State, Miss., on Nov. 19.

In conclusion: Finals of the 28-team tournament will be Dec. 17 in McKinney, Texas. Ferris State, Mich., is the defending champ. Beware: Ferris State also is the Bulldogs. 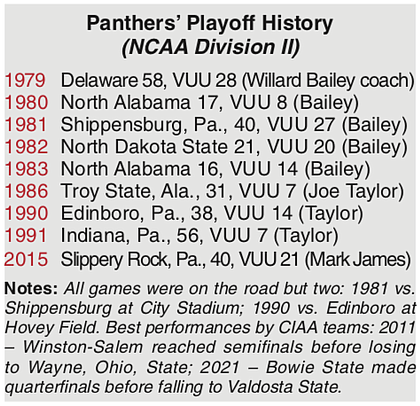